FIP (Feline Infectious Peritonitis) is a disease of immune-mediated nature. Because of this, treatment for cats coming down with it can be categorized into two groups: action directed against the virus causing the disease and the modulation of the immune response. There are antiviral drugs that can be used to treat FIP.

The most common of these drugs are either human interferon or feline recombinant interferon omega such as Virbagen Omega or Virbac. Interferon drugs have action that is specific to species. This makes feline interferon a more effective treatment option than that of human. A field trial involving 20 cats took place using an experimental antiviral drug by the name of GC 376. Seven subjects were cleared while the other 13 were eventually euthanized after responding shortly to the treatment. As of this writing, the drug has yet to be available commercially.

Sass and Sass experimented with a PI (polyprenylimmunostimulant). Dr. Al Legendre tested the treatment and discovered that three cats with FIP survived for more than a year after being treated. Another field study of 60 cats with non-effusive FIP involved said PI found out that 52 cats died from the disease before 200 days while the other 8 survived for more than 200 days. Four of the subjects, however, managed to continue on living for more than 300 days.

Prevention of FIP can start with an intra-nasal FIP vaccine. The use of this vaccine is considered controversial but a study showed that it may help protect cats against the disease: Vaccinated cats had little to no FVoV antibody titres. The vaccine fails in some cats perhaps because of preexisting infection. The safety and effectiveness of the vaccine have no substantial evidence, however.

There have been studies conducted from test the vaccine and they all showed that the vaccine may or may not work. The vaccine is not guaranteed to work one hundred percent of the time because it affects cat in different ways due to genetic makeups and the fact that the disease has different forms. Maternally derived antibody protects a kitten against infection until it wanes when the kitten is about the age of 5-7 weeks. Removal of said kitten from the source of the infection can help prevent the disease from spreading. Rigorous hygiene, however, is urgently required as a form of prevention considering the fact that the virus causing FIP, FCoV, is very contagious. 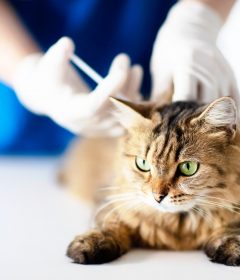 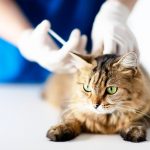 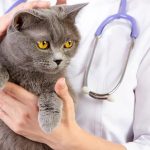 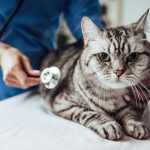 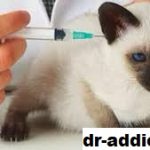 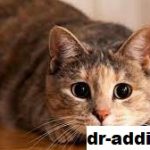